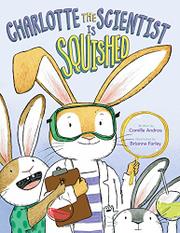 Title: Charlotte the Scientist is Squished

Charlotte is a serious scientist, but she is squished. Charlotte has such a large family, she has trouble finding space for her experiments. She decides to use the scientific method in order to get some space. She tries to make her family disappear and make herself invisible, but both experiments fail. Her next experiment is to go to outer space, which was successful. However, she soon learns that space is lonely. After more experiments to solve her loneliness, she reaches a new conclusion. She doesn’t need outer space, she just needs her own space.

Libraries = Education. But we’re not focused on a letter grade or a test - we’re focused on life.

The Kendallville Public Library strives to provide you with the education you need right now, wherever you are in your life. Learning is a lifelong endeavor, and we are here, providing access to information…for life.